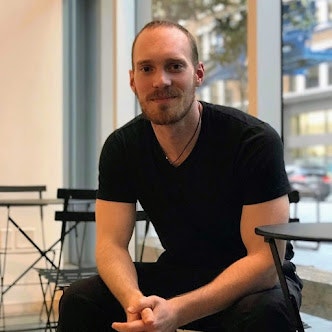 Four months ago, our team launched Mirror Crowdfunding. We have had a number of successful campaigns - attracting a median participation of 54 backers per project, and raising a total of over 134 ETH ($351,400 at time of writing) for books, essays, software, newsletters, and public goods.

This essay is a critical exploration of the success of Mirror Crowdfunding so far. I also argue that a rare combination social exchange underlies these campaigns - generalized and productive.

What is a Mirror Crowdfund?

A crowdfund on Mirror is a simple way for someone to describe an idea, and receive support in the form of Ethereum token contributions (ETH) to work on it.

When a backer contributes to the crowdfund, they also receive ERC20 tokens (these tokens are unique to the project being funded), in proportion to the magnitude of their contribution.

This token allocation creates an on-chain association between the backers and the project - uniting them in an on-chain collective, bound by the crowdfund contract (and empowered by its functionality). Backers are able to "burn" their tokens at any time, in exchange for any underlying ETH in the contract.

How does a Mirror Crowdfund Differ from a "Web2" Crowdfund?

Mirror's crowdfunding tool is built on Ethereum, which makes it different from web2 problems (such as Kickstarter) across multiple paradigms. For example:

How should we measure success?

We should be critical in how we measure success. Some crypto projects focus on simple metrics such as the amount of ETH held in their contracts, or the trading volume. Often, these measures depend on a small number of contributors who hold a large amount of ETH, and thereby obfuscate (intentionally or not) the reality of thin adoption.

The total amount raised via Mirror's crowdfunding feature is a small part of the story. For these few months, we artificially limited the contribution amounts per backer, as well as the total funding amount per campaign. We did this to learn in a very controlled way about the possible mechanisms, intentions, and aspirations our community has for this new tool. In fact, almost every crowdfund has worked slightly differently, as we've tweaked the underlying logic to learn more.

Until we make this feature fully accessible, the most useful metrics to judge our success may be indirect, and stem from questions such as:

Many of these questions can be answered by reviewing public blockchain data. Here, I will reveal some general insights into the crowdfunding campaigns so far, and speculate on the reasons why people contribute to them, and where I see this phenomenon going in the future.

The total amount raised is over 134 ETH. The USD value fluctuates with the price of Ethereum, but at the time of writing this amounts to over $351,400.

All campaigns so far have been artificially capped, so that we can maximize learning with limited risk. In includes total contribution amounts, as well as for individual contributions.

The majority of funds have been raised for writers; for essays, books, and newsletters. The bias towards writing is probably because Mirror has brand awareness with crypto-adjacent publishers (our homepage and Twitter account market the application as a publishing platform). Writers have raised over 80 ETH ($215,000) on Mirror so far for these writing-related projects.

Software projects have also drawn a considerable amount; 32 ETH has been raised. We've also had one non-digital public goods funding campaign so far, for a non-profit related to outdoor conservation.

Many of these campaigns were fulfilled in minutes or hours of their launch. For example, if we look at the public logs for the PartyDAO crowdfund, we see that it raised $90,000 (value at the time) within hours:

$ESSAY is another clear example, where the logs indicate that funding was opened and closed with an hour:

It will be critical for us to track the longevity of these projects, and to understand barriers to these communities succeeding once the project has been funded. The success of the community to fulfill its goal is, after all, the purpose of the crowdfund. I haven't included this in the current report, since we're still so early in this process.

Update: As @M0zrat mentioned: It will also be important to track the distribution of repeat backers vs those who come to Mirror to crowdfund a specific project.

Why do people contribute?

There are two models I've used for thinking about why people contribute. They relate to Generalized and Productive exchange, and are models that I find useful to reflect on with many of the mechanisms being built on Ethereum.

As we can see in the above diagrams (Whitham, 2021), Generalized Exchange is when people back campaigns because they are aware that they are part of a community that has trust and reciprocity norms. I think this explains why many people buy NFTs and participate in grants; they know that they're part of an exchange network that will end up moving funds around, and it'll come back to them (including token airdrops). There are many conversations on Twitter that give evidence for this.

Productive Exchange happens when a contributor wants to become part of a community that is actually interdependent. The research linked above shows that this has powerful implications for trust and community building.

I view PartyDAO as evidence for the productive exchange explanation. It turned out that many of the contributors themselves were artists, programmers, and writers, and contributed to the campaign in order to become formally associated with the project and with others who were involved (such as John Palmer, Anish Agnihotri, Denis, Jesse Walden, and Li Jin) Once PartyDAO was fully funded, someone created a Discord chat for the group. Everybody introduced themselves, and started finding ways to contribute more to the project. In this sense, the crowdfund became the center of productive exchange.

Jesse Walden has given a name to this new kind of interdependent funding model:

With regard to supporting creators, I've called this “Patronage+” where the “plus” is the possibility of earning value alongside the creators you support.

Even though it's not explicitly promised, a norm of interdependence might begin to form among these campaigns - leading to the formation of DAOs in the process.

This is likely to be the method by which DAOs increase the value of their crowdfunded project.

Each time we have deployed a crowdfund, we have experimented with a new model. We're currently experimenting with combining ERC20 token reciprocation with NFT token minting as well (contributors will receive ERC20s as well as NFTs).

We're also thinking of doing more to serve the communities that form out of crowdfunding campaigns - to help them better coordinate and organize their resources.

As mentioned previously, it's likely that we will see more DAOs form out of this model. In this case, it might be important to focus on supporting those DAOs in their missions - by providing them with tools necessary to coordinate and socially manage their capital and digital goods.

We're seeing many unprecedented phenomena in Ethereum, enabled by embedded communities that can socially control capital and digital goods with minimal friction.

Specifically, this enables a unique combination of generalized exchange (grants, airdrops, crowdfunding) with productive exchange (e.g. interdependent, community-governed software projects like PartyDAO that has formal reciprocity mechanisms). There is research to suggest that this will impact trust and community-building.

We're learning more each time we deploy a Crowdfund, and our theoretical models are becoming richer. It's an exciting journey, and the road ahead might involve funding amazing new types of goods and products, and creating digital communities that fit a new paradigm.